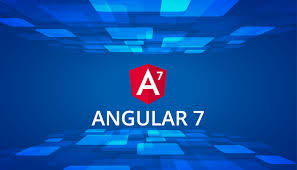 Angular 7 is a framework with JavaScript used by developers which used for building web, desktop, and mobile applications. They are built so as to have usage of Typescript which is a superset for JavaScript along with the HTML CSS etc.
Codes are compiled to JavaScript and are being rendered by the browser.

There are some of the tools which are used by engineers that use angular to get the full benefit of it.

#RxJS:
You cannot work on angular without RxJS which a reactive programming library that is used for handling asynchronous data with all the multiple events. It allows engineers to set up multiple channels of data exchange to ease resource consumption.

# Two way data binding:
Angular JS is basically built with the Model View Controller Architecture. The framework will synchronize the model and view. If we change the data in the model it will automatically change data in the view too.
Two ways binding allow developers to reduce the development time because they don’t need to write any additional code to provide continual view and model synchronization.

#Directives:
Directives are actually enabling the HTML extension. They allow the developer to assign special behaviors to Document Object Model which permits engineers to create dynamic and rich content with the HTML.

#Component-based architecture in angular provides a higher quality of code
Component-based architecture makes some difference between Angular JS and its successor. Components are just imagined as a small piece of the user interface which just likes the section of the application in the user interface. Components can be encapsulated with the functionality and follow a hierarchy of components for Angular 7.

#Dependency injection:
Dependencies are just pieces of which interact with each other and changes in component impact the other codes. They are defined in the components so that every change in dependency requires changing components. It has made it more reusable, easier to manage and test.

#Community:
There should be a strong community that provided lots of training materials, discussions and many third-party tools to find a solution.

Steep learning curve:
Angular is versatile as there are more ways to complete the task. It produces some confusion to the developers

Performance:
In these more of the dynamic applications do not always perform well. These are laggy and inconvenient to use.

Verbose and complex:
The ways all components are managed are too complicated. You may need up to five files for a single component in Angular 7, have to inject dependencies, and declare the component lifecycle interfaces. Most of the developer’s time in Angular 7 is spent on repetitive things.